A downloadable game for Windows, macOS, and Linux

An adult rpg of sorts

IMPORTANT NOTE: Atlas is in an extremely early development phase and progress is slow, as I don't have a lot of time to devote to it outside of work and other personal matters. I do put in time whenever I can though!

Not exactly dead, just not high up on my priority list right now. I have a version ready to push, but that's going to be it for a while. A lot of the code under the hood is jank and needs to be rewritten. I'll also be taking out the map system despite the work that's been put into it; it's just too much of a hassle to manage and test for bugs. After v0.0.011 is pushed, I wouldn't expect anything for at least a few months.

As always, Twitter's the best place to find the latest updates on my projects. @AutusDevNSFW

I love the premise of the game! Your writing style is very unique and I like how the backgrounds change to look like the surroundings! I look forward to seeing future updates of this game! I will say that there was a sight error however that wouldn't let me set peen length, Though other than that definitely a game I look forward to playing more of! :)

Thank you so much for the feedback and kind words! I knew I probably missed a conditional check somewhere; I'll do some testing with the male customization and see if I can't publish a fix for it with the next version!

Edit: Looks like it was an issue with the breast size conditional check. Apparently it somehow got included in the "male" checklist as well, and it was kicking back an error because it couldn't replace a value that didn't exist on-screen. It's a simple fix and I should have it included in the bugfix list for the next version update!

First- I cannot get 32-bit to function I unzip and try to run the application and it just never opens...
Second- After I complete the first mission of taking out the trash the second mission never begins. I'm stuck in the small space with useless Holly, reading the text that the dirty dishes are stacked up but you'll leave that for later. It's done this in both downloaded app and in browser, and if YEET the trash or just take it out standardly

Thank you for reporting issues with the 32-bit version. I experienced some issues exporting it myself but figured it might just be an isolated case.

As for the second mission, it's currently not complete yet. There were a lot of things that were changed around underneath the hood, and it didn't get finished. Ultimately I aim to have the entire prologue and character creation completed by March. However, it all depends on how my work schedule plays out. 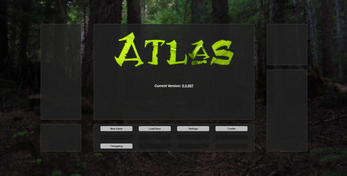 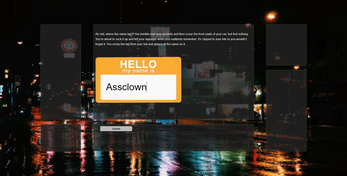 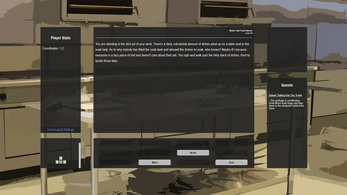 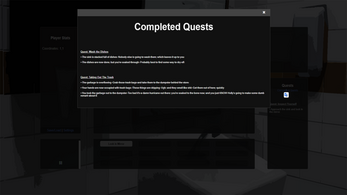 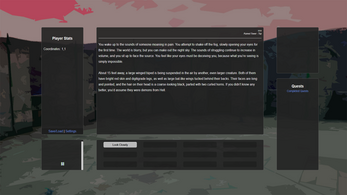